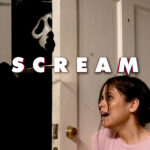 Caution: Entering spoiler territory! Ghostface is back causing more meta havoc in the “requel”(??) of the Scream franchise. Join Creative Genius Bryan Caron and Professor Avatar Tom Grimes as they discuss why this new entry is just okay, as well as some additional thoughts on Cobra Kai season 4, Apple TV+’s Foundation and Invasion, the first three episodes of Disney+’s The Book of Boba Fett, a few rambling’s on Quantum Leap, and mini-tributes to Sidney Poitier, Bob Saget, and Betty White. So what say you? Did the killer reveal in Scream (2022) make this film a worthy entry into the franchise, or did ghostface fall flat on his face with too many forced meta-references?