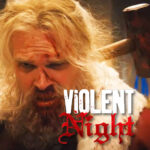 Caution: Entering Spoiler Territory! Christmas is the time of year for family, presents, and according to Violent Night, violence and more violence! Creative Genius Bryan Caron and Professor Avatar Tom Grimes give their thoughts on David Harbour’s turn as Santa in the new action-comedy before discussing A Christmas Story Christmas, Disenchanted, new episodes of Young Rock, Willow, and Acapulco, the season finale of The Mighty Ducks: Game Changers, and the series finale of The Walking Dead. So what say you? Did David Harbour take Billy Bob Thornton’s bad Santa to the Nth degree, or did Violent Night take everything a little too far for your taste? Also, which kill was your favorite?