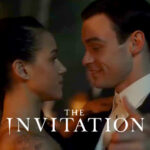 Caution: Entering Spoiler Territory! Protect your necks as Creative Genius Bryan Caron and Professor Avatar Tom Grimes discuss the new vampire-centric film, The Invitation. After, hear their thoughts on other streaming movies, including Ron Howard’s new PrimeVideo film, Thirteen Lives, and Netflix’s The Princess, The Valet, and Windfall, as well as new episodes of She-Hulk: Attorney at Law and Animal Kingdom. So what say you? Was The Invitation a bite of fresh blood, or did the lack of typical vampire fare turn you away? And, what obscure television show is one of your all-time favorites?