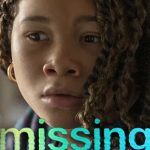 Caution: Entering Spoiler Territory! Go Missing with Creative Genius Bryan Caron and Professor Avatar Tom Grimes as they discuss the new cyber missing person thriller. Stick around after for discussions on new episodes of Servant, Willow and The Bad Batch, the season premiere of The Last of Us, and a quick discussion on the video game comedy, Mythic Quest. So what say you? Did you get lost in the technology and reconnaissance that appears in Missing, or was it a little too convoluted and cliche to be captivating? Also, what is your favorite screen-only film?