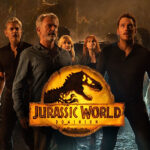 Caution: Entering Spoiler Territory! Open the door, get on the floor, everybody do the dinosaur with Creative Genius Bryan Caron and Professor Avatar Tom Grimes as they discuss the final(?) film in the Jurassic series, Jurassic World Dominion. The boys also discuss some television news, the She-Hulk trailer, new episodes of Obi-Wan Kenobi and The Orville, and the premiere episode of Marvel’s newest entry, Ms. Marvel. So what say you? Was Jurassic World Dominion a satisfying conclusion to the Jurassic franchise, or did it kill itself with too much fan service?