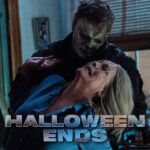 Caution: Entering Spoiler Territory! Help Creative Genius Bryan Caron and Professor Avatar Tom Grimes pray that Halloween Ends lives up to its name as they review the newest chapter in the Halloween franchise. Stick around after as the boys discuss new episodes of Quantum Leap, Young Sheldon, Ghosts, and Andor, as well as the series premieres of The Winchesters and Professionals, the season finale of She-Hulk: Attorney at Law and the series finale of Kevin Can F Himself. So what say you? Did the latest appearance of Michael Myers live up to the fear he leaves in his wake, or did Halloween Ends give Myers, and subsequently its fans, the finger?