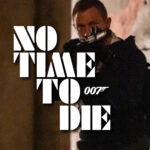 Caution: Entering Spoiler Territory! There’s No Time To Die as Creative Genius Bryan Caron and Professor Avatar Tom Grimes jump into Daniel Craig’s final chapter as the titular double-O, James Bond. Then fall into the world of television as the boys take a look at new episodes of Only Murders In the Building, La Brea, Young Sheldon, Turner & Hooch, the premiere of CSI: Vegas, the season finale of Marvel’s What If…?, and much much more. So, what say you? Was No Time To Die a fitting finale for Craig’s version of Bond, or did the film leave you cold and disappointed?